The Loveland journey began with my father, Steven Loveland, a young lieutenant from Pittsburgh, who married my mother, Helen, of Reidsville, North Carolina. He participated in the World War II Air Offensive over Europe as a B-17 navigator in the 8th Air Force, 92nd Heavy Bombardment Group. He was shot down in a bombing raid over Berlin, survived a high-altitude parachute bailout, and was captured and interrogated under duress by the Nazis. He was then transferred to Stalag Luft III in Sagan, Poland, the infamous Prisoner of War Camp that later inspired the classic movie The Great Escape starring Steve McQueen. This POW camp’s history culminated in the capture and execution of most of the prisoners, who had tried escaping from one of three underground tunnels that had been dug. Ultimately, my father endured the cruelest period in the camp’s history, and perhaps most impressively survived the Death March across Silesia in one of the coldest winters in recorded German history. He reached Stammlager VII A, located in Moosburg, Austria, in very poor physical condition, and was ultimately liberated by General Patton’s Third Army.

My father was sent to the VA Hospital, now the Biltmore Hotel, in Coral Gables. He recuperated in the warm paradise of South Florida, with tropical foliage and the healing sun. He enrolled in the new University of Miami Law School and was in the second graduating class. One beautiful day during his recuperation, he wandered down to Coconut Grove, where he spotted a canoe sitting in the mangroves. He “shanghaied” it for the day and paddled across Biscayne Bay, over to Key Biscayne. This was sometime during the late ‘40s. He fell in love with the Island Paradise and declared he was going to raise his family there.

In 1950, the Mackle brothers began offering the first Key Biscayne houses for sale, largely to WWII veterans with young families, who used the GI Bill for financing. My mother and father bought the “deluxe” model on 253 West Enid Drive. My father built one of the very first fireplaces on the Key, replete with a chimney, which is still functioning. He also made frequent trips to the Miccosukee Indians to obtain fresh cypress, which he hewed by hand to build a stockade-style fence in our backyard. He added “hills” to our front yard and elevated the land to help ward off future flooding. Those hills are still there and doing their intended job. Lastly, he planted a massive ficus tree in the front yard. I spent much of my youth up in that tree. My brother and I used to make a “dummy” stuffed with newspapers, and would drop it from out of the tree onto the head of an unsuspecting car, like some poor soul had fallen out of the tree. Such was the scoundrelly behavior of Key Rats back in the day. That old tree also had the initials of many old boyfriends carved into it, including those of Dr. Kildare. It was a sad day when Hurricane Andrew toppled that mighty tree.

My brother and I enjoyed the wild, carefree island life, unfettered by too many rules, as our post WWII parents wanted us to “just have fun.” My earliest memories are of sitting on my father’s shoulders as he walked around the pitch-dark streets, pointing out the celestial sky and constellations to me. I ultimately went on to name my future sailboats the “Alpha Centauri” and the “Bellatrix” from the recesses of those wonderful memories.

A rite of passage in the late ‘50s or early ‘60s was to attend the Little Island Playhouse. This magical preschool was nestled in the very tropical coconut and sugarcane plantations. Our most beloved Mrs. Claus, teacher extraordinaire, is fondly embedded in our psyches. She would sometimes take us outside and cut big, delicious stalks of sugarcane to eat, and then we would lay down into a glorious nap. Right before the nap, she would pull out the old record player and play the story of the grasshopper that played and fiddled his way through autumn, rather than preparing for the winter like the ants, who were gathering and storing their food.

Key Biscayne was truly an Island Paradise. There were no street lights, no street gutters, no air conditioning for much of our childhood. Windows were always open, both at home and school. We would be sitting at our desks at Key Biscayne Elementary back in the early ‘60s, and all of a sudden, a mighty roar might be heard, resonating through our island. One of the lions at the old Crandon Park Zoo would throw back his mighty head and bellow, a most enthralling sound to be sure. Later, when I was allowed to ride my bike at night, a favorite pastime was to ride down to the zoo in the pitch dark and do our very best to get the zoo animals in an uproar.

One of my fondest memories of childhood is growing up with my beloved childhood playmate Sharon Swindall. Sharon was the much-cherished Down Syndrome child of our local artist, Marie Swindall, and her husband Malcolm. We would always go ride the enchanting Crandon Park Carousel, so often that the park had two horses painted with our names.

Another fabulous thing about the Key was the absence of street gutters. There was sparkling clean street flooding after most storms. The iconic Mr. Hurley, our beloved street guard for the elementary school, would don his bright yellow raincoat, put on his galoshes, and pluck each of us from our mothers’ cars and carry us in his arms. He would slosh through the flooded street with great ceremony, much to our delight, and deposit us on the dry ground of the school. If we lucked out, school was cancelled due to a tropical storm. As the water would recede a little, it was time to break out the bicycles and pull the “skurf” board riders behind them, spraying other hapless Key Rats. The bigger the rooster tail, the better!

Something that binds us all is the magical “Queen’s Castle,” a most mystical hidden forest glade, forbiddingly grand and sequestered away in the beautiful tropical forest adjacent to the old coconut plantation. Queen’s Castle was an actual fabulous hidden thicket, complete with a towering canopy of trees, where radiant shafts of golden sunrays would somehow find their way through the dense forest under-canopy, illuminating the royal throne. We would take turns presiding in the Queen Rat’s royal chair. On an interesting note, I do not believe I ever heard of Queen’s Castle being breached by a Key Rat parent. Secrecy was the universal Rat code and bicycles were carefully stashed in the forest.

The Key Biscayne Yacht Club played an important role in our young lives. My parents were charter members back when the KBYC was actually a band tent. We took waterski and sailing classes, jumping off the ski boat on a “water like glass” morning only to be greeted by a dark fin cutting through the water, right towards us. We realized it was just an adorable, curious porpoise coming over to say hello. We sailed the prams surrounded by plentiful manatees, who would come up for a snack and then push each other out of the way. Capsizing a pram was the greatest of fun, because it meant we would get a ride back in a power boat. The wonderful sea was our backyard and playground 365 days of the year. We swam, fished, sailed and waterskied morning, noon and night.

Key Rats, while completely lovable and slightly mischievous (or, as I like to refer to it, fun-loving), could never exactly be described as totally law-abiding and obedient, especially when it came to President Nixon’s Secret Service detail. Chapters could be written on the various subterfuges deployed to keep the Secret Service and Coast Guard slightly unbalanced. One clever Key Rat deployed her pet monkey to kiss and smooch into the security cameras. Other wily Rats were known to strike from the air, deploying kites carrying coconuts to float over the compound, undoubtedly causing a brief period of delicious pandemonium on the part of the Secret Service.

We grew up barefoot by choice, were perpetually tanned by the golden sun, and slept in very unusual spots such as rooftops, trampolines, treehouses, boats, or our beaches and forests. We wandered the streets at night without fear. We jumped off the old Bear Cut Bridge. We chased everything on our bicycles, including mosquito trucks or volunteer fire engines when the absolutely thrilling alarm would resound throughout the island. Things were never boring. Mrs. Revere was often spotted galloping down Crandon Boulevard in a bikini, riding bareback on one of her racehorses that she kept in the old Matheson barn.

We still have the iconic 4th of July Parade, where, back in the day, Tommy Sykes would lead his band of Chowder Chompers while wielding a toilet plunger in perfect synchrony. Our island doctor, Dr. Handwerker, would always preside as Uncle Sam, decked out in red, white and blue, often with his young son Mark sitting next to him, outfitted in the same attire.

While the idyllic setting of the key has changed over the years, the spirit of the Key Rat is alive and well. Social Media has allowed us to reconnect and we have a unique, unbreakable bond of Rat Brotherhood and Sisterhood, that has been forged by our unique island life and experiences.

Upon reflection, a multitude of other stories come to mind, and some of these stories must be told by others Key Rats for the Key Biscayne Historical and Heritage Society and the Key Biscayne Lions Club. I thank them for their vision to preserve our heritage. It is a most worthy, wonderful project and I am proud to be a part of it! 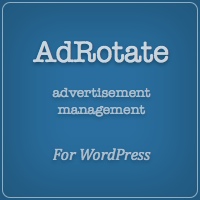